I am the director of the Simulating Stars Summer School, which was held for the first time in June 2018, in Beijing, China. It is a school on stellar physics, from theory to simulations, and it is intended for graduate students and postdocs. I organized the scientific program, set scientific topics, recruited the lecturers and the international teaching assistants.
The school ran from 25-29 June 2018 at the Yanqihu Campus of UCAS, north of Beijing. There were nearly 100 participants: five lecturers (including me), eight international teaching assistants, five teaching assistants from Chinese institutions and over eighty students ranging from upper-year undergraduates and graduate students to professors and an academician. About half of the students came from the national observatories throughout China and half from the various universities near Beijing. The school had about twice the number of students as the MESA Summer School in Santa Barbara but with a smaller group of teachers. To keep the school interactive, the students were divided into two cohorts taught in parallel. Each lecturer had a team of teaching assistants, and each team taught for two days straight. Meanwhile the other lecturers and TAs supported the teaching in the two classrooms. In this way, there were nine teachers in each classroom of forty students (two or three Chinese-speaking TAs, two or three lecturers and four international TAs). Everyone had to work for all five days about twelve hours per day with breaks just for meals and coffee. It was a stellar-astrophysics bootcamp.

Service for the Canadian Space Agency

From late 2015 to summer 2017, I have been part of the Canadian Space Exploration Workshop topical team on High Energy Astrophysics. The aim of the workshop was for participants from academia and industry to exchange ideas and propose priorities in space science towards future space exploration missions. Our efforts resulted in a report, where we highlighted the priorities for the high energy astrophysics community in Canada. You can find our report here. From the workshop, it became clear that Canadian astronomers are frustrated with the lack of funding and of a detailed plan for a space program. In collaboration with my then advisor, Jeremy Heyl, and Sarah Gallagher, professor at Western University, we reached out to exponents from different fields of space science (astronomy, planetary science and space health), as well as to members of the Canadian aerospace industry, in order to learn about their aspirations and priorities. From the input gathered from the different stakeholders, we wrote the white paper A Vision for Canadian Space Exploration, with the aim of presenting a new direction for the Canadian Space Program. In the paper, we stress out the importance of a strong space program for the science community, but also for the country’s innovation and education. Furthermore, we present a detailed structure of calls for proposals for missions of different sizes and a budget allocation plan which would be achievable with a reasonable increase in the funding to the Canadian Space Agency. We followed up this work with meetings with the different stakeholders, members of Parliament and with the Space Advisory Board. The Canadian astronomy community supports our plan, as can be seen in the pre-budget consultation of the Coalition for Canadian Astronomy.

At Caltech, the outreach efforts are lead by the tireless Cameron Hummels. I often volunteer to help to organize events and sit on Q&A panels. Right now, most of the outreach events are online (outreach website), but I was lucky enough to give a talk at the last in person Astronomy on Tap (photo on the left).

Here is a list of some of the outreach activities I participated to:
- Public talk at the “Society for scientific reads and conversations”, Genova, November 2021.
- Public talk: Tiny but powerful: hunting for extreme white dwarfs, Stargazing Lecture at Caltech, October 2021.
- I collaborated with PBS Spacetime for the release of a video on my discovery of an extreme white dwarf. The video has more than a million visualizations.
- Interview for the Italian national institute of astrophysics, July 2021.
- I participated to several Q&A panels for outreach events at Caltech
- Public talk: When do stars explode?, Astronomy on Tap Los Angeles, March 2020. 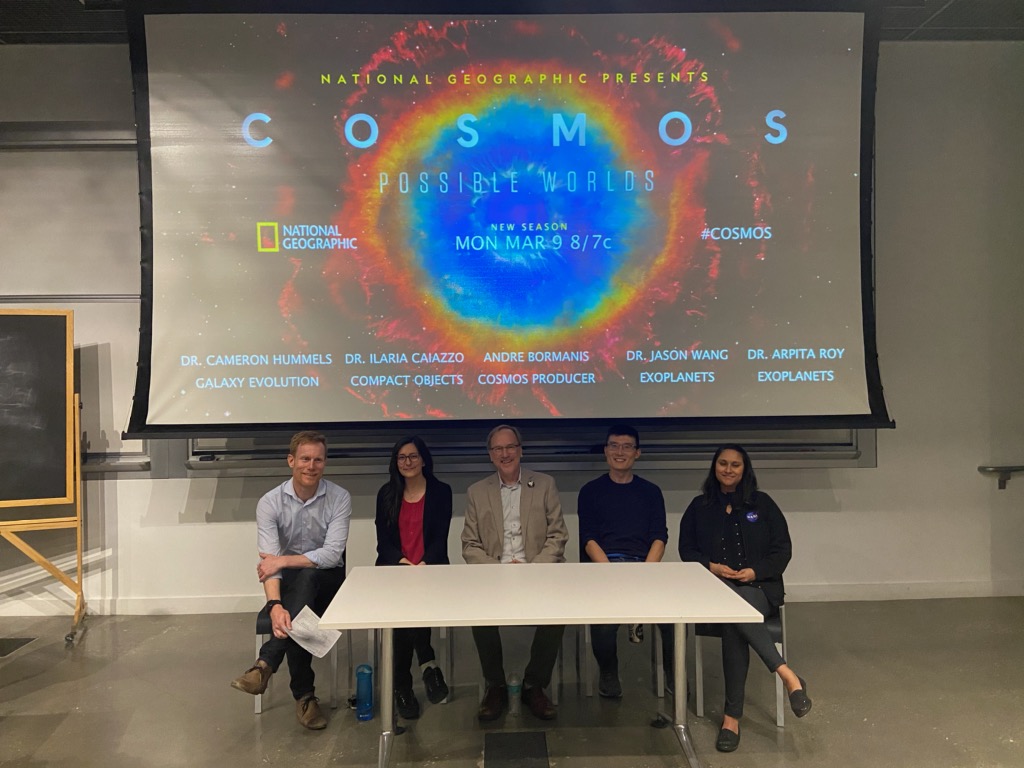